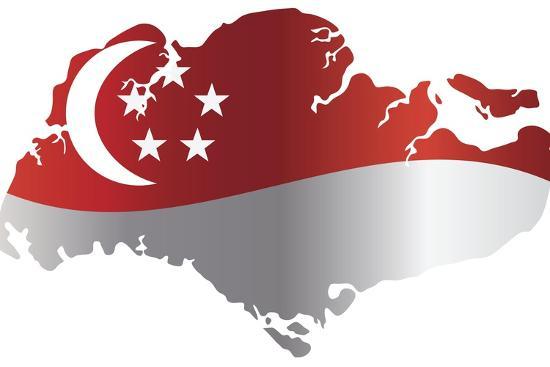 Majulah! The 2011 Singapore National Day Parade, a musical performance in five separate acts, was an extraordinary multimedia musical indeed. Centered around the topic “Majulah! The Singapore Spirit”, the audience was enthralled and captivated by the finesse displayed by the hosts, actors and the performance itself. The hosts were none other than Gurmit Singh, Belinda Lee, Suhami Yusof and Jean Danker.

We, a tiny group of enthusiastic, jovial homeschoolers, took the MRT via the Circle Line from the Serangoon station to the Esplanade station, which was 10 stops away. Our group consisted of children aged 11 and 12 years old and a minority of their parents accompanying us. At the stadium, the total turnout was a good 17 children and 7 adults.

When we arrived at the Marina Bay floating platform, the show was about to start. We were led by a soldier on duty to our seating area. Upon our arrival, we were greeted by volunteers handing out Fun Packs. Every bag contained a Singapore flag, a light stick, a hand fan, collar pin, sun visor, lots of food and water, and much more.

After a warm greeting from the show hosts, we welcomed the ministers with open arms but the whole stadium erupted in laughter when the loudspeaker blurted out: ”This is a simulation” multiple times when all the representatives of the ministers and honored personnel were entering. This was so, as we were attending a rehearsal two weeks before the actual National Day Parade.

With dusk in the evening sky, the Red Lions floated down in their parachutes onto the road in front of the platform. Landing on the narrow strip of road was a tough maneuver for them as they normally land in an open field, but they managed it perfectly, including the cameraman who touchdown last. Just then, Act 1 started.

The first act started with a man, talking to his son. The man was recalling the time when he was young and a soldier at the first national day parade. The man recollects the time when he was a commander in battle. The act focused on the man commanding people during a crisis. Even though there was no real crisis, the dynamic defense display exhibited Singapore’s armed forces and what they would do in times of danger. The dynamic defense display was performed by the combined forces of the army, navy and air force. They operated as though there was an apparent danger and made the performance breathtaking. As for us, we were well entertained by all the various explosions taking place.

After the display of our country’s forces, the parade came out in an orderly fashion, with the guards of honor coming out one by one, followed by the regimental colors. Next the Minister of Education, Mr. Heng Swee Keat made his appearance and inspected the Guard of Honor. After the minister took his seat, the flag raising ceremony started. We all stood as the national anthem was played. The soldiers left the stage as the sky began to darken and the other acts started.

Act 2 continues with the man telling his son the story of Singapore’s beginnings. The man’s mother had become pregnant and not long after had given birth. This act reflected the pioneering spirit of the early generation of Singaporeans.

Act 3 was set in the 1970s where mother and the man grew up with other neighbors. The man was at a beach and got lost. His mother became worried and with the neighbors, looked for him. Eventually, they found him, and mother and son were reunited. This act portrayed Singapore’s community spirit and its racial harmony.

Act 4 was pretty fascinating as the man grew up in the 1970s to the year 2000, from childhood to adulthood, paralleling Singaporean’s “can-do” spirit and progress from a kampong to a bustling city. In this act, a truck was decorated to look like an MRT with people dancing in the carriage.

Act 5 came next. The man’s son and his friends lost a relay match and the boy was feeling dejected. The man talked to his son and shared with him the meaning of the Singaporean spirit. With determination and teamwork, the boy and his friends finally succeeded. This act showcased Singaporean’s aspirations to a better future.

Very soon, all the acts were over, and fireworks were launched as songs were being played. Brilliant hues of brown, red and orange illuminated the night sky as all the audience sat back in astonishment. The atmosphere was electric and people were standing, singing and shouting and some, even screaming. After a few more songs and lots more electrifying fireworks, the parade came to an end. We, an ecstatic but exhausted group of homeschoolers languidly got up, with fatigue overwhelming us as we embarked on our journey home.

We are proud to be citizens of a small but mighty and well-respected country, Singapore. Happy 46th Birthday, Singapore! May you prosper and progress rapidly!