A long, long time ago, on the island of Pulau Blakang Mati, between the tall mountains, Everrush and Restmore, rested the city of Qwerty. This city was a small one and was concealed in the valley of Seft, but there was one thing about it that made it stand out. There was a magnificent and majestic castle right smack in the middle of it! This castle stood upright, tall and mighty. In the castle, lived a young and greedy king.  Although he had all of his father’s riches in hand, he still desired for more wealth. So, he sent his most trusted servant, a hideous beast, in search of more. This beast had been always loyal to the city’s former king, who had been secretly assassinated by his son, the current king, due to his impatience to ascend the throne.

The beast had no interest in hunting for treasure but still proceeded to carry out the king’s orders. He gathered his own elite group of seven men to accompany him on his expedition and set off into the woods to conduct a scan of the whole island. The beast and his miniature horde moved silently along, as towering trees surrounded them, their branches stretching up towards the blue sky. Soon, before they knew it, dusk had settled and the seven men trudged on with heavy hearts and feet. But this was not so for the beast. He was still high on energy and fatigue had not accumulated in him, unlike the men. At close combat, he was almost invincible with his trusty heavy metal sword, as he would outdo the opponent in every way, agile and swift. He was a powerful weapon indeed! After another hour’s march or so under the moonlight, the beast and his team decided to stop for the night.

Tweet tweet tweet! The men jolted from their stupor to the merry sound of chirping birds. They glanced around, as the croaking of frogs was audible to their ears. Everything was the same as the night before. Well, almost everything. There was one thing that was missing though-it was the beast! The beast had left them! The seven men scrutinized the area frantically, shocked that the enormous beast would depart from them. The men, panic-stricken, began to stray from their campsite, bewildered by the beast’s disappearance. It was then that, out of the blue, the beast appeared. The men glimpsed the beast scaling Mount Restmore, sticking out of the scenery like a sore thumb. No eye could miss the sight of the beast, a gigantic creature ascending the rocky mountain at a stunning pace. The helpless men started scurrying towards the base of Mount Restmore as though they were the prey of a ravenous lion, sprinting through grass plains and bounding through the thick patch of vegetation at the base of the massive mountain.

The beast was now at the crest of the colossal mountain, making his way up slowly and steadily. Then he suddenly came to a halt. High up in the mountain, the beast was astounded beyond words. At the peak of Mount Restmore was a handful of people. The beast crept silently up the remaining portion of the mountain, as numerous questions swirled around in his puzzled mind. What were these people doing at the top of Mount Restmore, a gigantic skyscraping mountain? He was close. He could feel it in his bones. 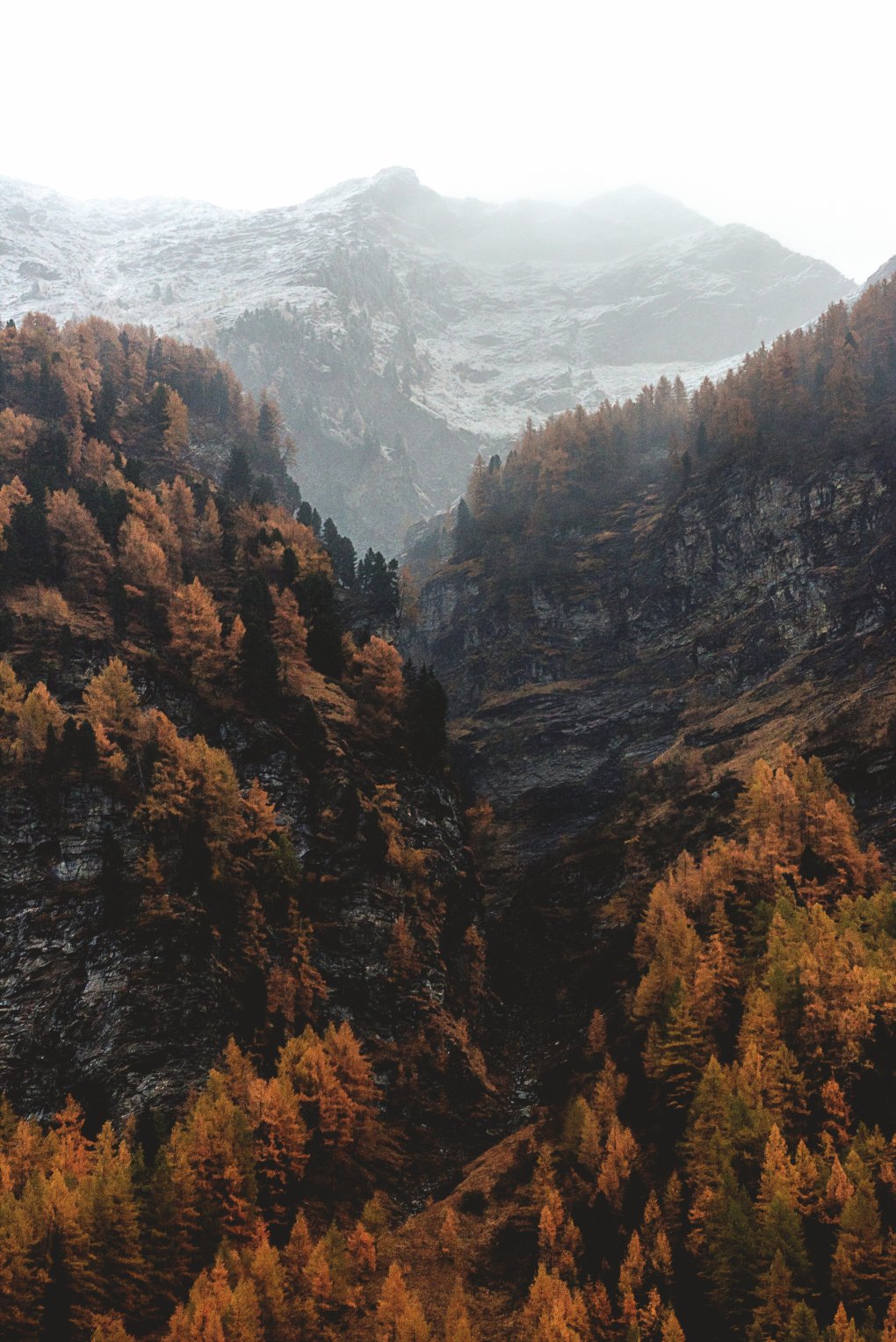 As he popped his head out of the rocks, he glimpsed the unbelievable. There, at the summit of Mount Restmore, was a quartet of bulky-looking ruffians. One of them was obviously the leader. He was built like a battle-hardened tank. Sporting the hairstyle of an ancient Mohican warrior, he seemed the nastiest of the lot. His face was adorned with bizarre tattoos of mythical creatures, and his right cheek was scarred badly. But there was one thing that made him stand out from the other three men. His left eye was hidden by an eye patch! He was barking out orders to his accomplices, who appeared to be bundling a young girl, who looked unconscious. A swatch of old linen cloth was wrapped around her mouth, and her hands and legs were bound with ropes like a tight tourniquet, as she was shoved roughly onto a waiting horse. At this moment, the quartet hopped onto their horses and rode off. The beast, flabbergasted by this happening, immediately bounded out of his hiding spot and rushed forward, in pursuit of the four burly men.

The beast was hot on the abductor’s heels, Chasing them through thick forests, muddy swamps, and open plains. He saw this as an opportunity to become rich. After all, the abductee must be worth quite a lot. His chase eventually led him to a tunnel. As he watched intently, the four men unlocked the heavy doors of the tunnel and clambered into the darkness of the tunnel. Unbeknownst to them, the beast was lurking nearby, scrutinizing their every move. The beast had the element of surprise. He circled the area stealthily, and soon found an unnoticeable spot to advance into the clearing. Suddenly, out of the blue one of the men felt something warm grasp his ankle. In a blink of an eye, he was sent sprawling to the muddy forest floor and was immediately knocked unconscious by a firm fist, never to wake up again.

The beast then moved on to prey on one of the other men, snatching him away and slashing him swiftly with his shiny double-edged sword. It was at this moment that the leader of the band realized what was happening. He grabbed the now conscious girl, and shuttled off into the eerie darkness of the dirty and dilapidated tunnel, leaving his last living accomplice lost for words. He spun around, only to sight a huge creature about to assault him! He whipped his rapier out, in an attempt of defending himself. However, this attempt was fruitless. In a flash, the rapier was sent sailing across the air from his clutches.

The beast executed a tricky maneuver, spinning around and then reaching out to lob the fleeing man’s hand off. Swish! Off it went and landed on the ground with a sickening thud. Unexpectedly, an army of filthy rats suddenly appeared seemingly out of nowhere and started tearing the bloody hand apart with their incisors. The thug, who had just lost a part of him, collapsed onto the ground, writhing in pain. The beast, with a swift action, finished him with a single blow of his trusty weapon.

The beast then noticed that the rusty metal door had been locked by the lead thug, who had disappeared into the depths of the tunnel. He took a deep breath, and sprinted towards the door, flying at it with a flying kick with such full force that its ancient hinges gave way and the door crashed to the ground with a thunderous crash. As luck would have it, the leader of the bandit was at the door, and the falling door bowled him over and squashed him with a gruesome squish! The girl was found tied up on a chair, bound and gagged, and the beast freed her from the grass-woven ropes with one mighty swipe.

The beast was astounded when he learned that this young girl was actually a princess of a rich kingdom. The bandits had kidnapped her when she was admiring the stunning scenery on Mount Restmore. The bandits had sent a note to the king, demanding for a huge ransom of a chunk of the king’s gold statue. The king had already prepared the kidnapper’s ransom – the hind part of the statue!

When the beast appeared at the castle with the princess, the king greeted them with open arms. He even offered the bottom-shaped gold chunk as a gift to the beast for saving his daughter! In the end, the booty that the beast had earned WAS really a booty!

The joyous event was celebrated with a grand feast. The beast ate to his heart’s content – five grilled chickens, five roasted ducks, three portions of sautéed prawns, six portions of fresh salad and seven bowls of almond pudding for dessert!

When the beast returned to the castle without a scratch on him, he thought that he would please the king with the heavy gold booty, and presented it to him. However, to his surprise, the huge slab of gold displeased the king, saying that he had wasted his time earning so little booty from his trip.

The beast, crestfallen, decided to depart from the kingdom. He ventured out into the deep forest and settled down in a little cottage that he had made himself. He spent his booty, made out of a booty, wisely, and started a small business selling homemade jams and all sorts of exotic sauces and spices.

One day, the princess the beast had saved, appeared at his cottage, inviting him to be a guest at her castle. Soon, he was a permanent resident at the Castle of Montfrod and his business branched into a huge enterprise. This was how he lived happily after.