When I was travelling in China, I took the Maglev train from the Pudong International Airport to downtown Shanghai. This train uses large electromagnets to levitate over the track. However, magnetic items on the train were not affected by the electromagnet. This made me curious and led me to investigate magnetic shielding.

What is magnetic shielding?

What materials are suitable for magnetic shielding?

What are the real-life applications of magnetic shielding in our modern day?

Magnetic Shielding – How It Works

Many machines today use magnets or electromagnets in order to function. The magnets in these machines affect anything else around it that is made of a magnetic material. This can be dangerous, and it could reduce the efficiency of the machine. In order to subdue the effects of the magnet, the range of the magnet is limited by a magnetic shield. This shield is made of a sheet of magnetic material. This sheet re-routes the magnetic rays and deflects it back to the magnet. A magnetic ray travels from the north pole of a magnet to the south pole, in a circle that curves back to the south pole of the magnet.

When It comes to selecting materials to be used for magnetic shielding, the material has to be permeable. Permeability of a material is the degree to which it allows magnetic field lines to form within it, be absorbed and re-routed.

The materials used for magnetic shielding are iron, steel, nickel, or cobalt. However, the materials that are most used for magnetic shielding are alloys. When it comes to material selection, designers look for metals that resist the magnetic force, with the shield permanently becoming a magnet over time. The most common alloy would be HyMu 80. It is good for industrial use and is reliable. For magnets with more power, alloy 49 would be used. Alloy 49 is specifically used for machines with massive magnetic power, one of which is the Magnetic Resonance Imaging (MRI) machine.

Many machines that use magnets require magnetic shielding implemented in the machine. This is either to increase the efficiency of the machine or make the machine safer for workers. These machines include the MRI machine, large electric motors, space satellites, etc. 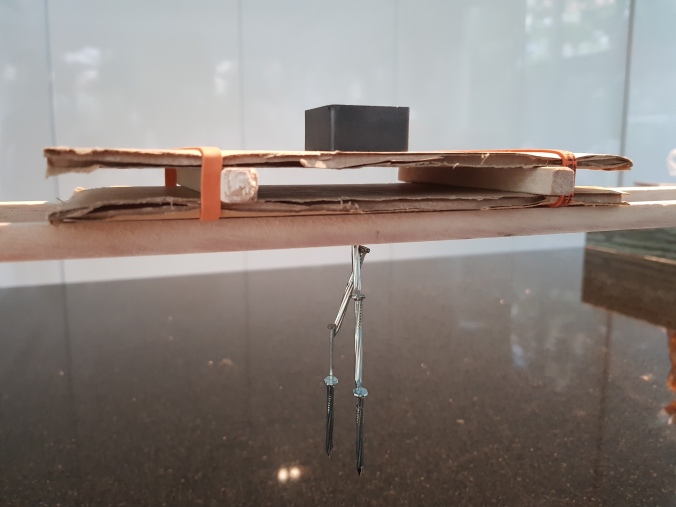 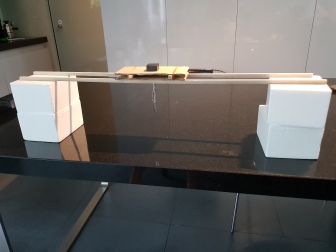 Objects that are made of magnetic material are suitable for magnetic shielding.

The goal of the experiment is to find out which materials are suitable as a magnetic shield. As each material sample is placed in the gap, it will be observed if the nails fall off.

If the nails fall off, the magnetic field holding them in place would have been re-routed, and the magnetic force on the nails is removed.  Hence the material tested is an effective magnetic shield.

“What is Magnetic Shielding?”

X.   ANALYSIS OR DATA OR RESULTS

My experiment was a success. Everything went according to plan.

More materials should be tested. Non-magnetic metals like copper, zinc, gold, silver, bronze and their alloys can be tested for permeability. From the result of the aluminum foil test, it is likely to be non-permeable and not suitable as magnetic shields.

I would like to thank my father who took the time to purchase the special item – magnetic putty and thick wooden sticks, and my mom who provided overall guidance and tied up all the loose ends. 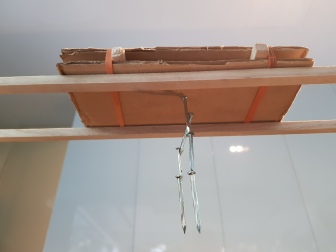